Lobbying for social change from a place of vulnerability

It’s been an interesting 17 years of activism. I have spoken to over 3,000 sexual violence survivors, male and female, since the publication of Lost in Care (2000), Sir Ronald Waterhouse’s report into abuse in children’s homes across North Wales. We’ve had nearly five years of almost daily disclosures of new sexual abuse scandals. However, it’s still challenging for decision makers to see the logic in proactively responding to the cross-cutting issues sexual violence generates for society.

This resistance often seems to be reinforced by powerful vested interests who wish to maintain the status quo. Such interests often take and voice the view that the storm will pass and we will soon be able to return to normal operations, or else they rush towards the available funding despite having no history of or skills in supporting recovery from a place informed by sexual violence trauma and gender.

However, we are seeing major shifts in service capacity, skills and social insight. Savile and the Independent Inquiry into Child Sexual Abuse (IICSA) might seem like the beginning of something new; however, I would suggest that these events are just a rather visible leap forward in a very complex cultural conversation that has been taking place for decades, if not centuries. In 2007, I wrote that We live in the 21st century and the time to deal with the issue has arrived – otherwise increasingly it will be dealing with us.

I had no idea how that warning would play out. However, it seemed clear to me that at some stage it would play out on a large scale. My warning was given in the hope that leaders and decision-makers would take note and start to prepare. The IICSA will hopefully evidence what was happening at all policy levels across state decision-making at that time. We need to unpack that to drive long-term attitudinal, cultural and policy change.

Any continuing denial of the seriousness of what is unfolding in our culture illustrates what Dr Judith Herman called the ‘unspeakable’. However, such a lack of strategic vision will not stop sexual violence disclosures increasing as our society is truly freed of its silence around sexual violence. 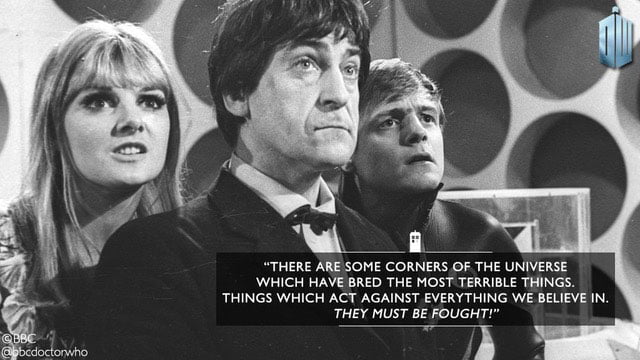 We’ve seen abuse within sport reported in the media very recently, and the Armed Forces Cadet Service is facing a recent scandal. I would argue that the shift across society to a new paradigm of trauma-informed awareness is already well advanced in its momentum. However, as Kuhn notes in his book ‘The Structure of Scientific Revolutions’, resistance is part of the process, but it will, thankfully, be futile.

The shift can’t be stopped, but it will be a ‘street by street’ cultural battle, as we move from a paradigm that looks for ‘what is wrong with people’ to one that asks, ‘what has happened to them’ completely altering the balance of power for many professions. Survivors West Yorkshire will publish a series of blog article on Adverse Childhood Experiences (ACE’s) science in the near future.

If decision-makers take the time to listen to the more-than-plentiful evidence, they will see the amazing possibilities of a society built on trauma-informed understandings. Such a shift could produce outcomes for societal wellbeing that are transformative.

Once the shift has taken firmer root, we will see professional models of all kinds adopting trauma-informed approaches to understand many of the health and social issues seen across our shared communities.

The stories that position victims of sexual crime as bad, mad or sad, and limited in number, will no longer strike society as real, if they ever truly did on an unconscious level. Sexual violence survivors are simply human beings creatively adapting within a complex cultural landscape of shaming and silencing around their lived experiences – a landscape that is often full of negative responses if they dare to disclose their abuse. Child abuse (in all its forms) can be argued slows down our cultural evolution.

It’s in everyone’s interests to bring about change. However, as IICSA demonstrates, that change is often born in chaos. It is up to us all to respond positively and proactively if we really want to protect children from sexual crimes.

The denial of trauma from sexual childhood abuse across all sections of society has allowed predators to hunt freely across many diverse hunting grounds. Time and time again, it is sadly demonstrated that leaders refuse to see what is clearly playing out in front of societies eyes. inquiries all over the world, across differing cultures, are increasingly showing that such avoidance by leaders is a global behaviour. You can trace current denial back to Freud and his denial of his clients’ sexual violence disclosures, and most likely, some suggest, to his own childhood abuse.

The stories we tell ourselves to keep our cultural or personal shame hidden create a legacy of untold horrors for our children.

The silencing that stops us from seeing the true prevalence of sexual abuse traps children, and the adults they become, in lived psychological prisons of distress.

Sometimes, when we are lost – we find ourselves and our voices.

Survivors West Yorkshire just published its final report in its A View series (‘Connecting the Boxes: Coming Home’) You can download it here.

Society will only cope well and avoid inflicting more harm by becoming trauma informed; however, regardless of society’s denial and fears – for home we are bound.